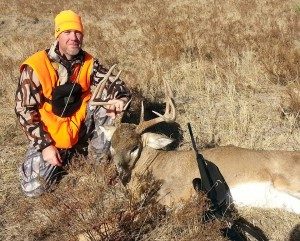 Our Volunteer Spotlight is on Jeremy Schaaf who is married to his wonderful wife, Teresa. Not to mention two awesome kids, Abby and Hunter.  He is a remodeling contractor in Lincoln, Nebraska where he owns his own business, Cottonwood Renovations. Jeremy has worked construction his whole adult life.

Jeremy has a deep passion for the outdoors. This passion stems from early. Exactly why it’s led him to introduce his kids to the outdoors at a young age. This has proven to be a wonderful thing in his relationship with them. 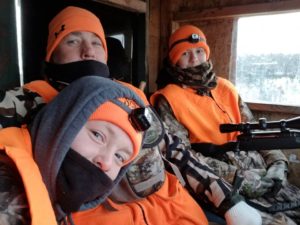 How Did He Get Involved With the BGCA?

It’s been awhile but to his recollection he met the President of the Big Game Conservation Association online through Twitter. Jeremy was looking for avenues to be more involved with the outdoors. Of course, the BGCA provided that opportunity. It was great timing how it all came together. He attended one of our meetings and at the time we were a very new organization.  For Jeremy, what we were trying to accomplish at the grassroots level made sense.

Jeremy has pretty much been involved with us from the beginning. He said he feels blessed to be a part of our first project at Lake Wanahoo. Years later, he is now the Secretary of the Association and the President of the Lincoln Branch.  As a bonus, most of the guys involved have been here from the beginning and Jeremy has made some great long lasting friendships through all of this.

Jeremy is mainly a bowhunter.  So he said you’ll always hear that you have to play the wind. Another piece of advice that he admittedly needs to do a better job with is entrance and exit routes. While  bowhunting, you’re for the most part hunting from the time you step foot onto the property. Jeremy thinks that good decisions on the routes you take to and from your treestand matter a great deal.

What Is Your Dream Hunt?

What Would Your Super Power Be?

Jeremy would like the ability to see the future.